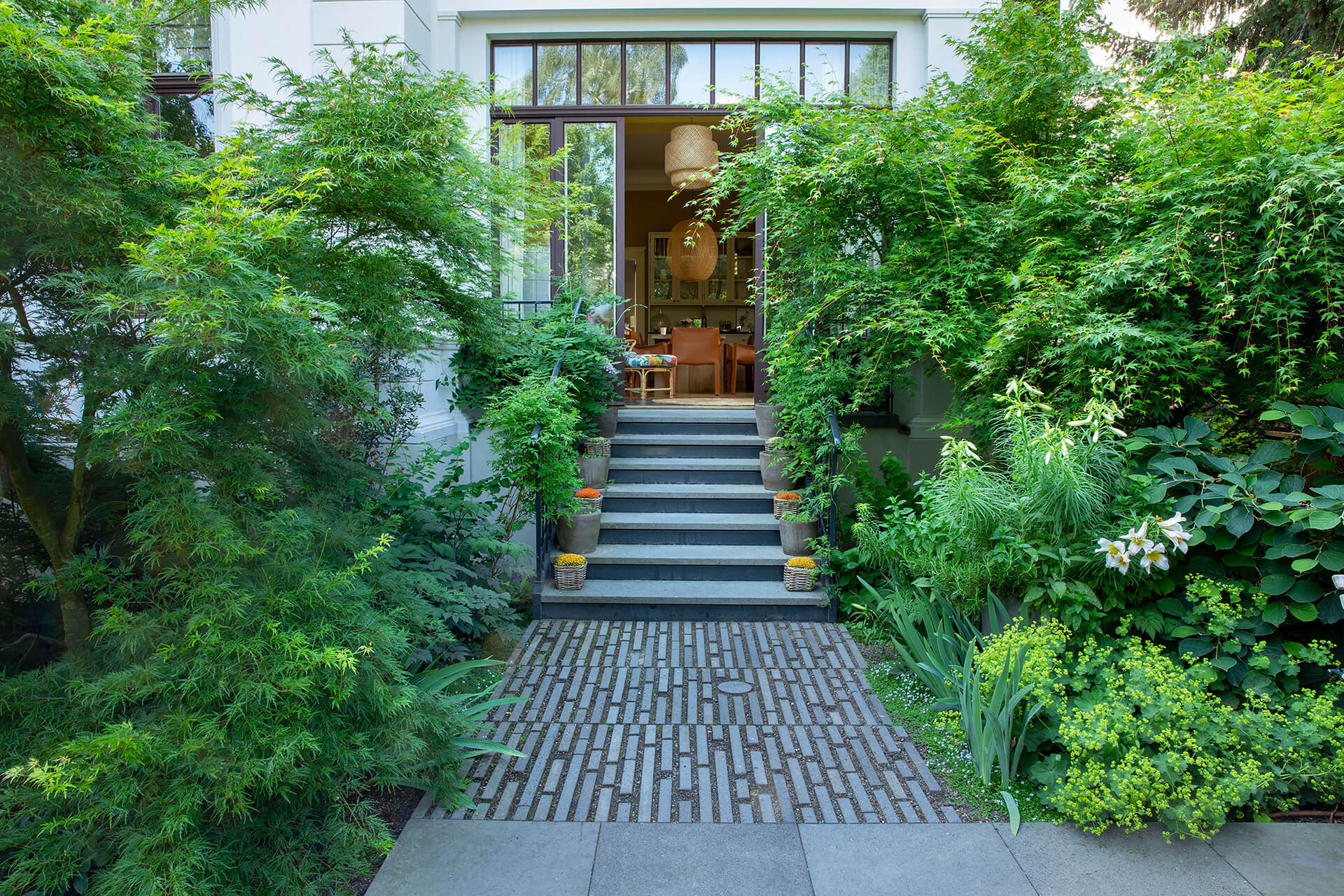 For this garden we worked with the family who own it and with Studioilse who designed the interiors of the house. Spacially it is complex, because several activities had to come together in close proximity. In folding these elements together we were influenced by the Japanese “wondering garden” form, whereby terraces function as giant stepping stones angled or elevated so as to modulate the dynamics of the space. Here these terraces are formed of the local basalt, cut and polished at varying grades to create texture and grain. 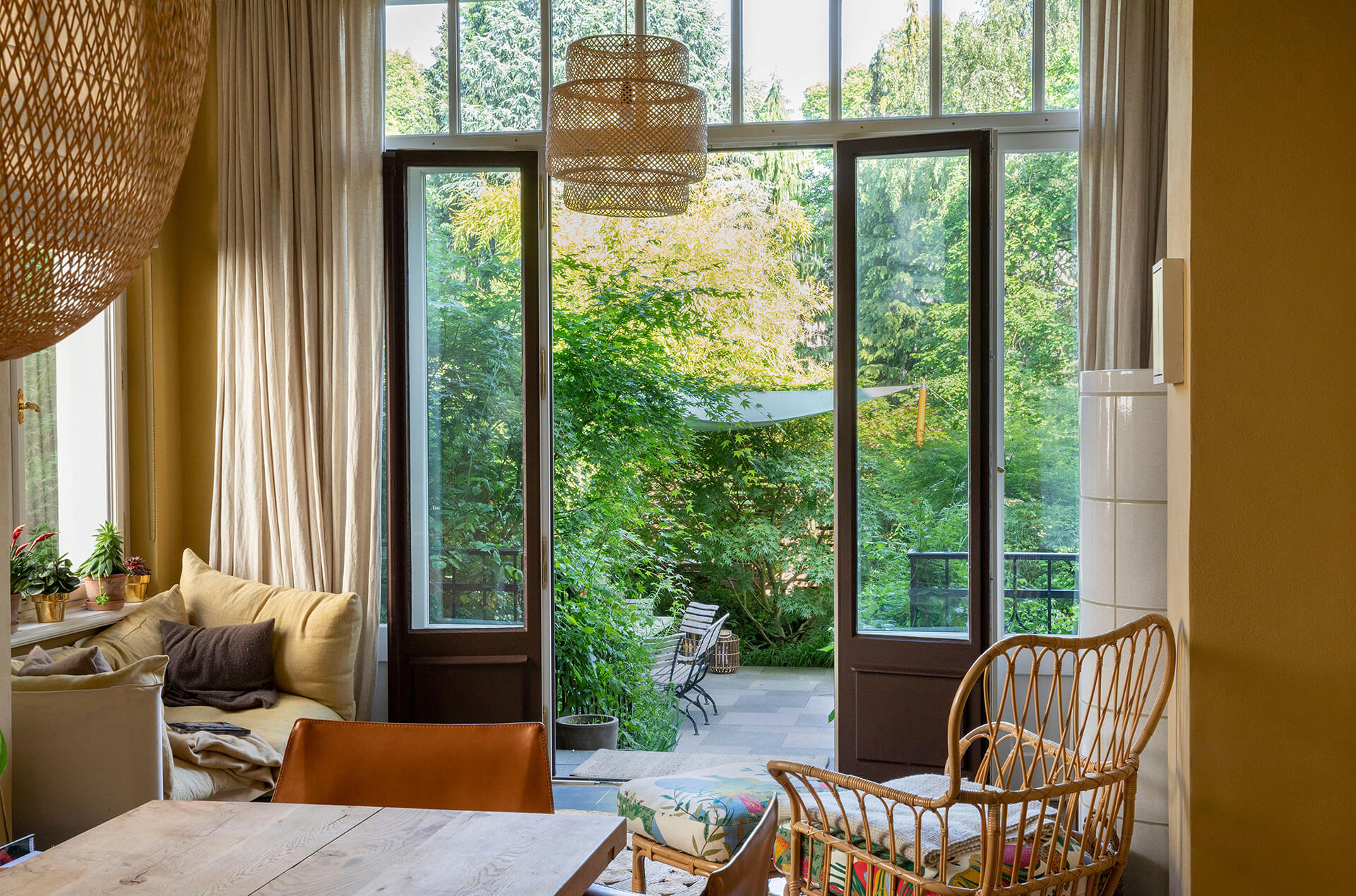 The front garden hints gently at what lies beyond but is essentially a play on the existing streetscape. A path leads down the side of the house to a slightly raised platform and then winds through acers to a terrace accessed from the living room. From the terrace, steps cascade onto a concrete plinth (the footings of a former workshop); and after that a sandpit, a firepit, and a playground with trampoline. 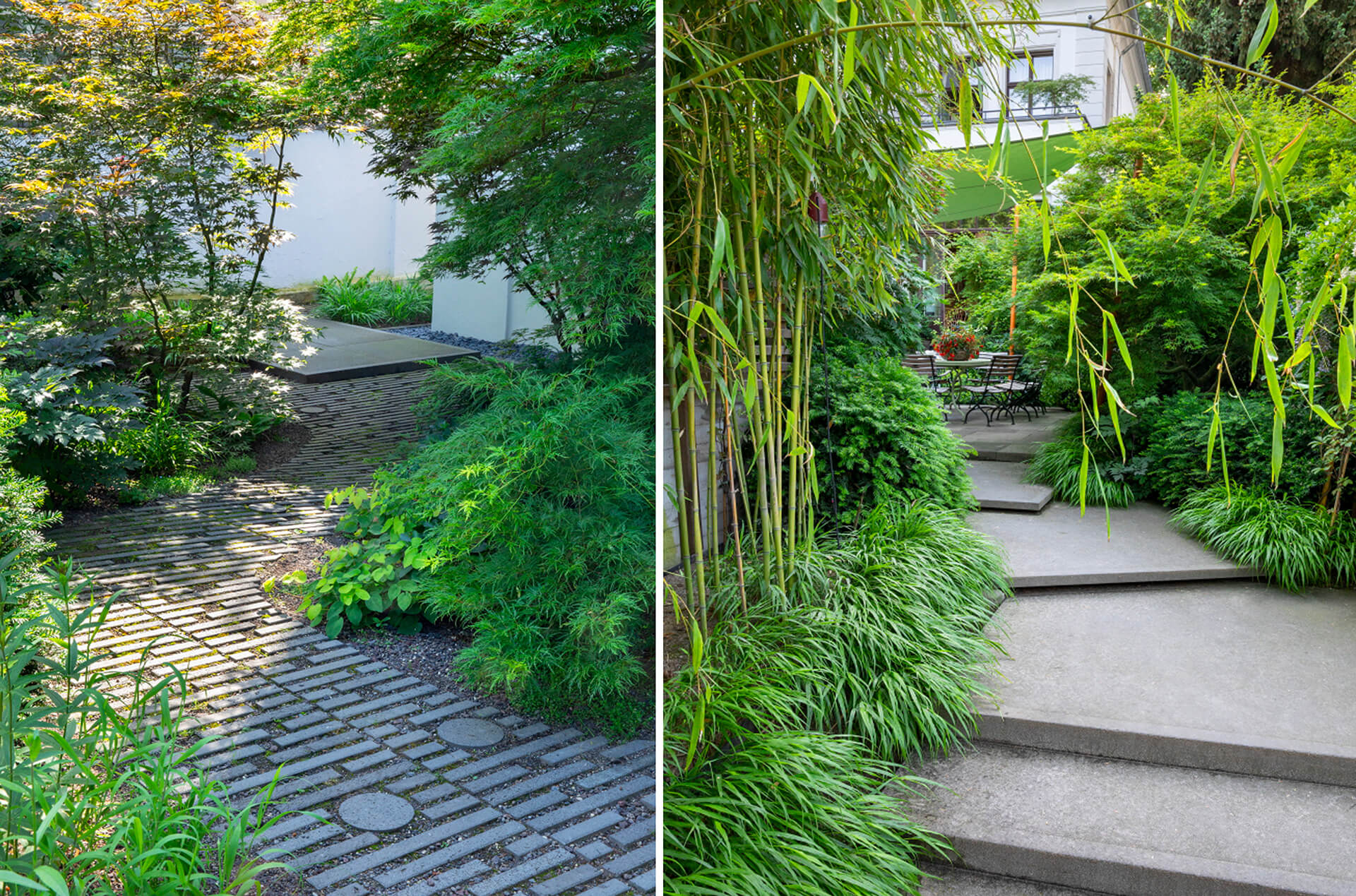 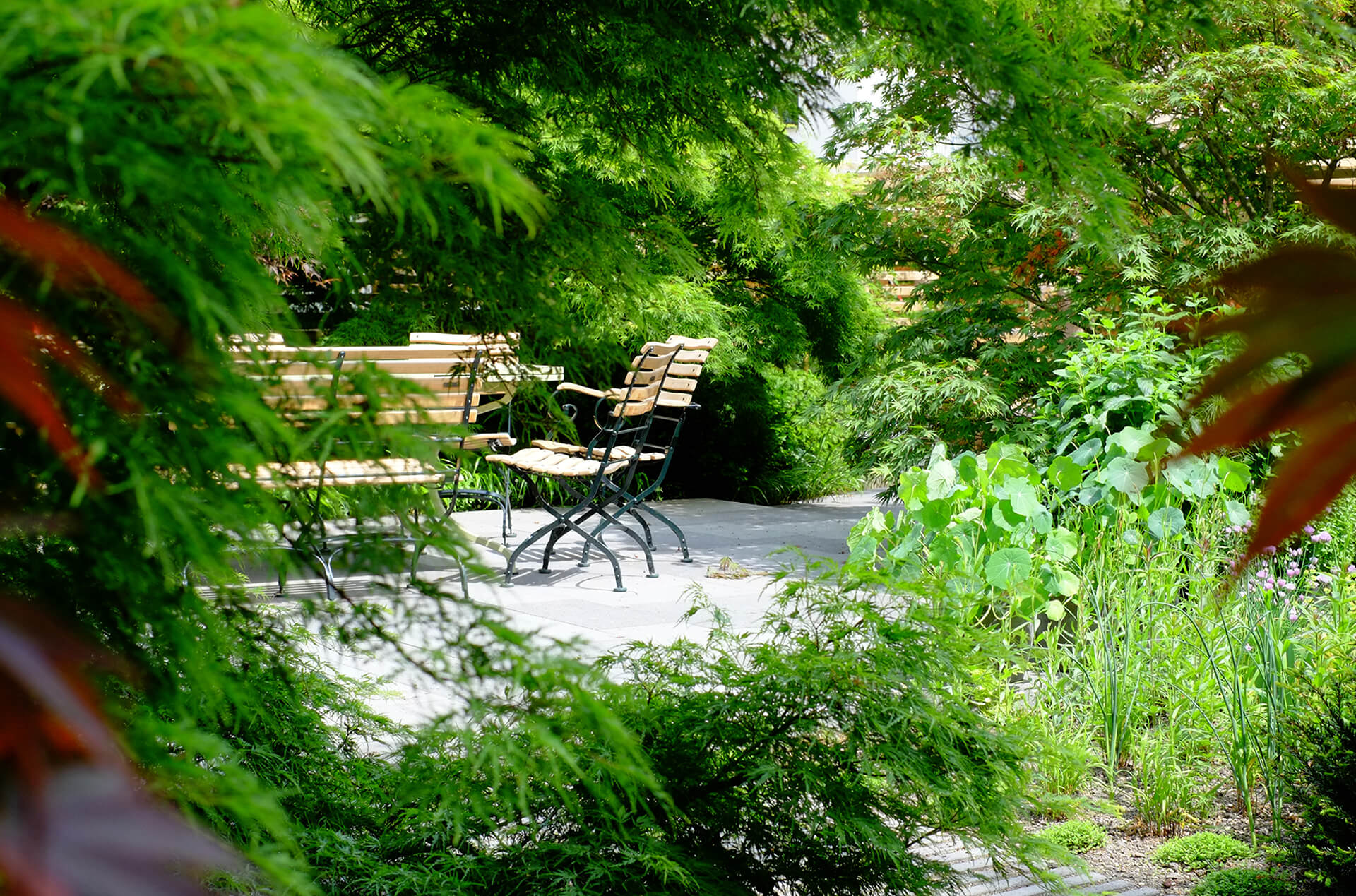 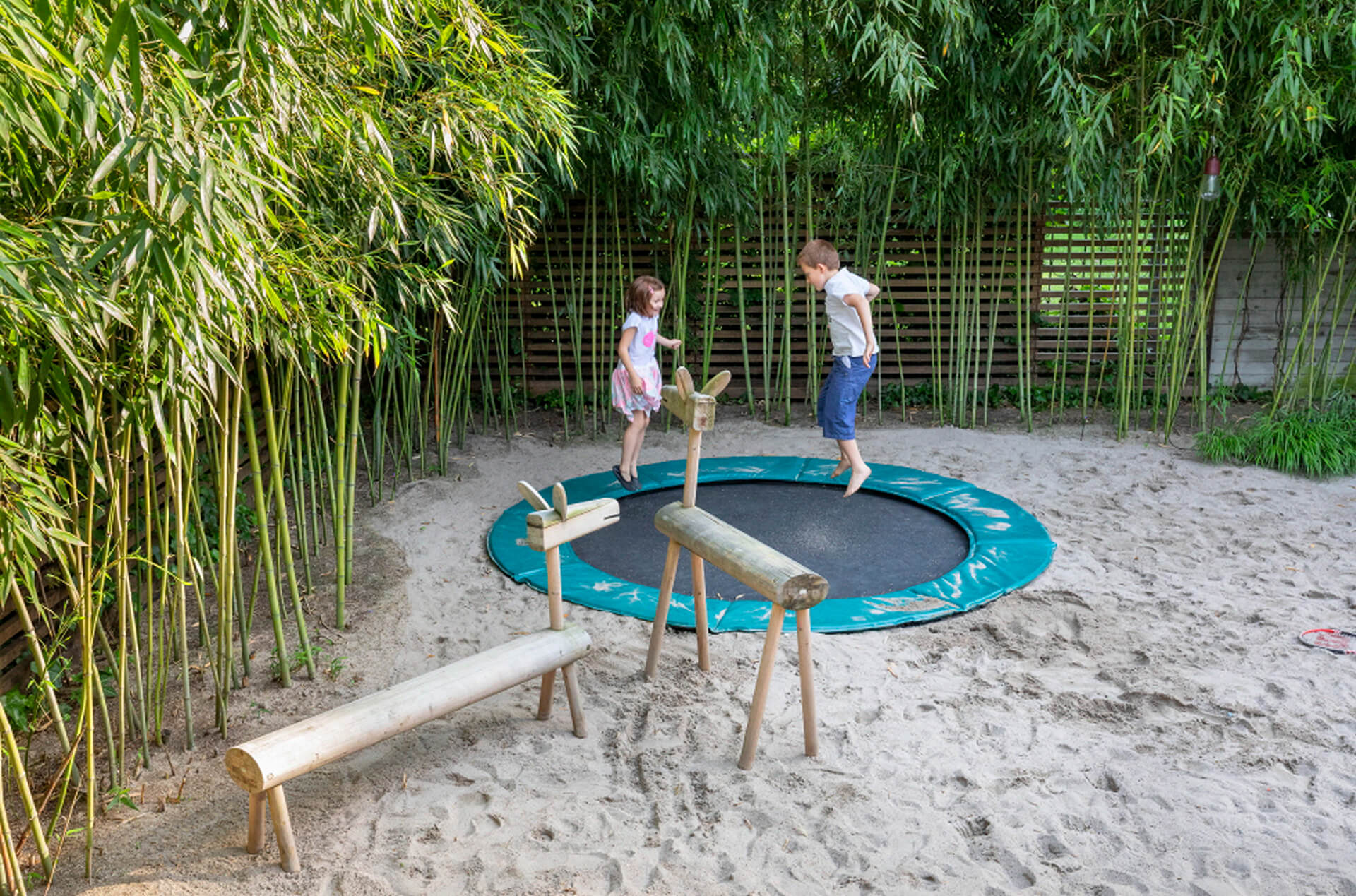 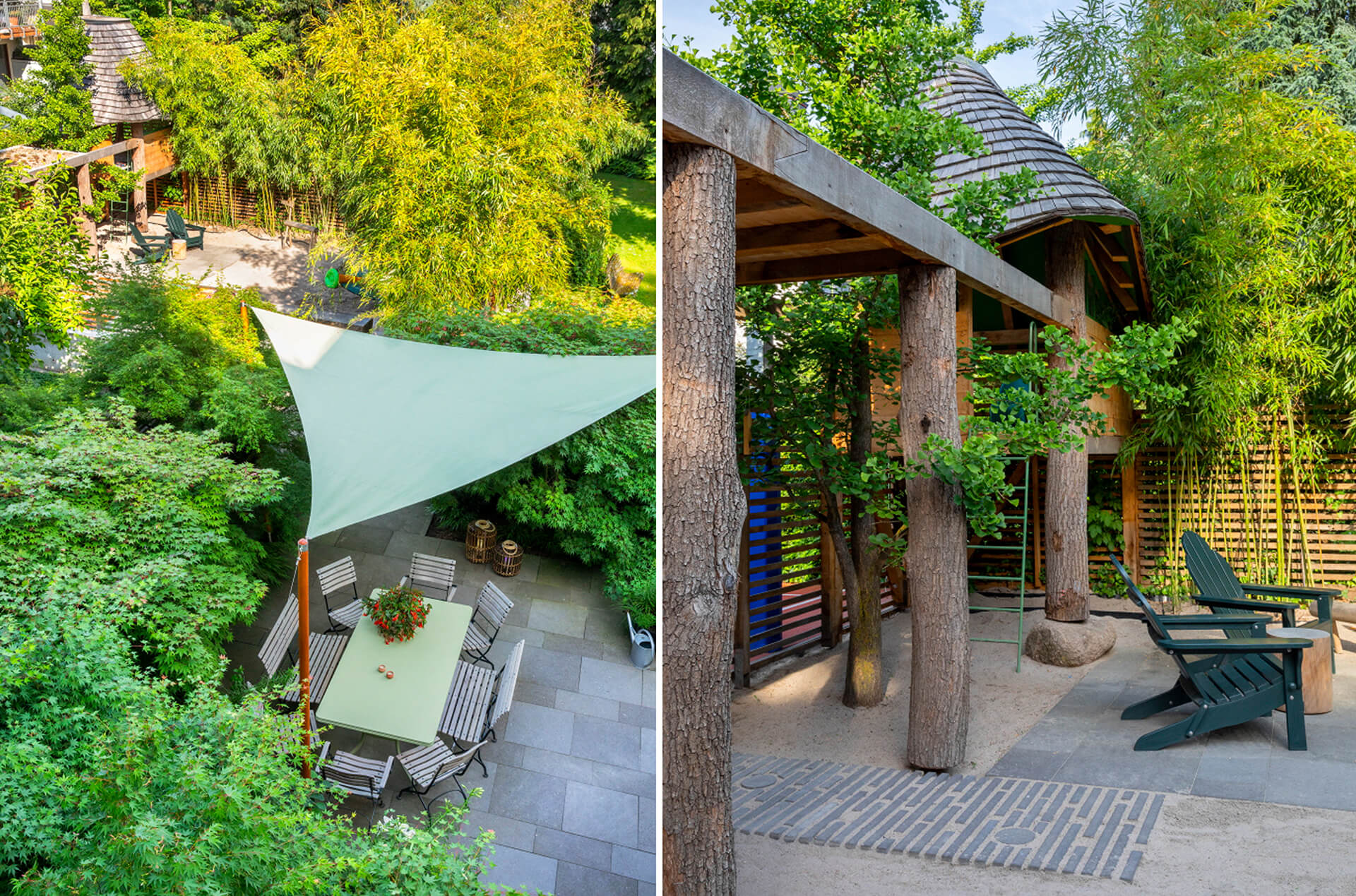 At the end of the playground is a low building (a bicycle museum) tied by a pergola to a higher shingle structure, the children’s house, all of which we also designed. A gingko tree intervenes. Beyond the pergola lies a miniature basketball court. The success of the garden (designated in the 2019 Garten des Jahres as one of Germany’s five most beautiful) owes much to the craftspeople at Forstergarten and the assistance of Michael Garcon of Bureau Goetze with project management. Photos Marianne Marjerus and FFLO. 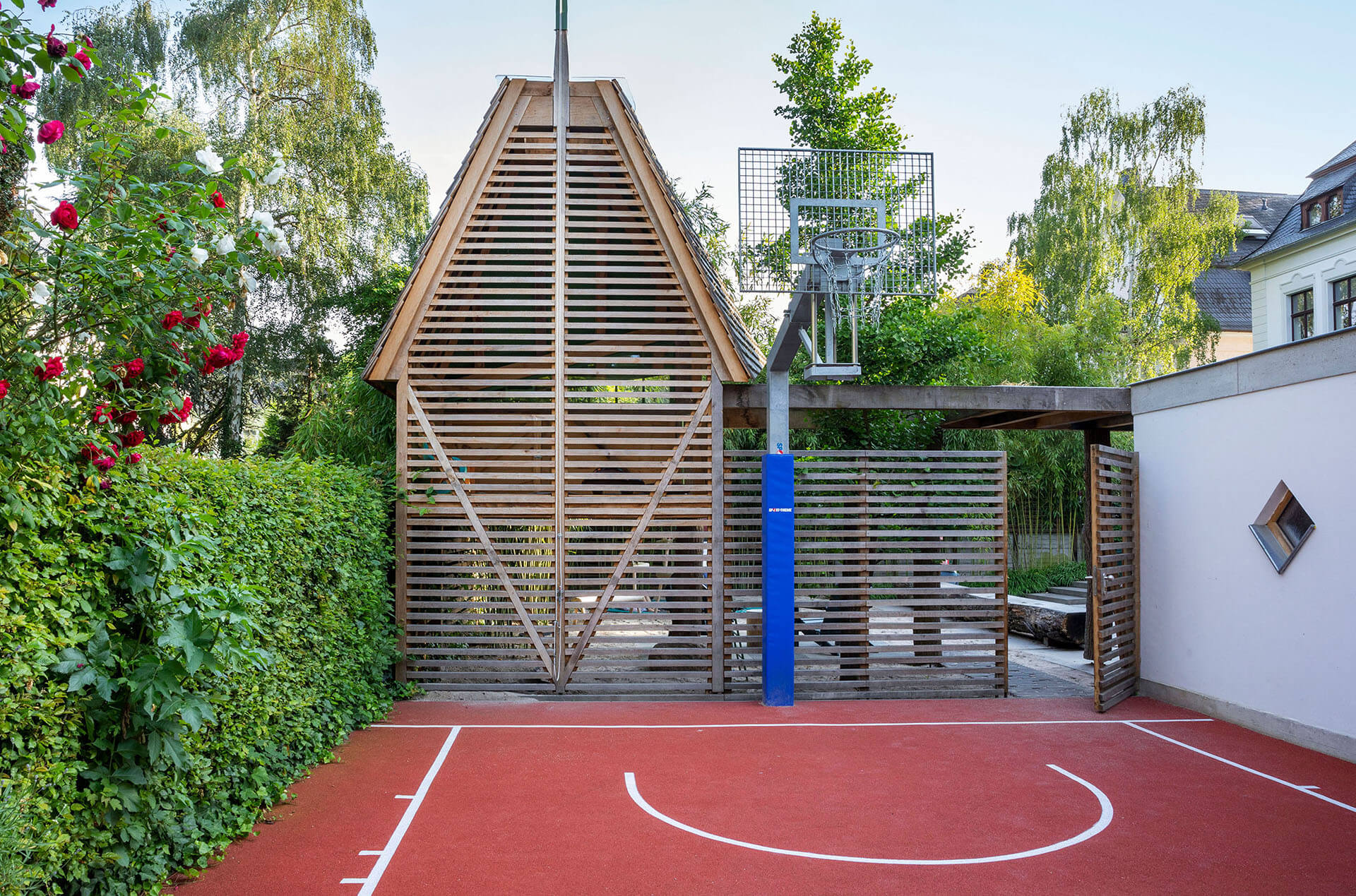 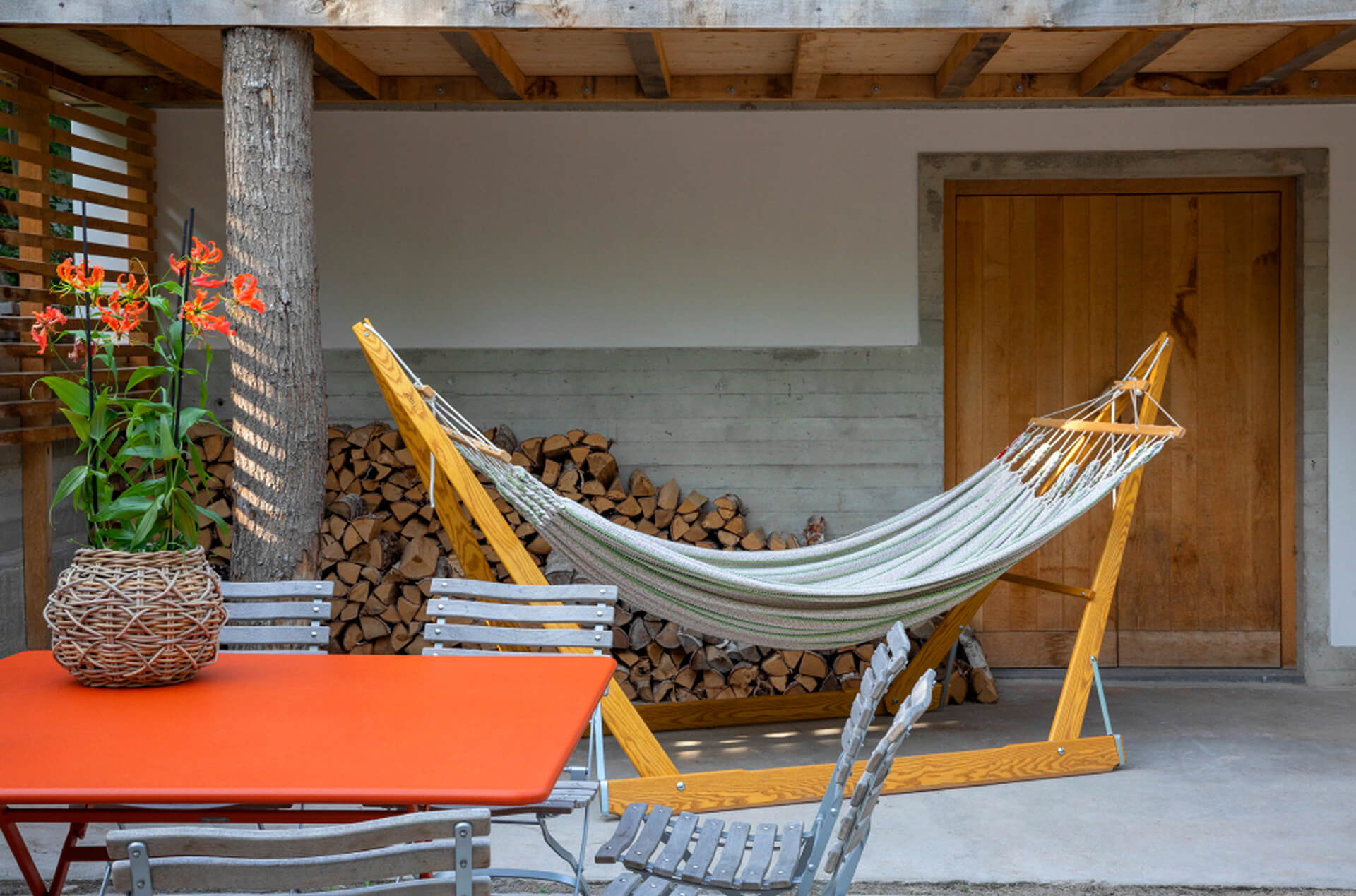 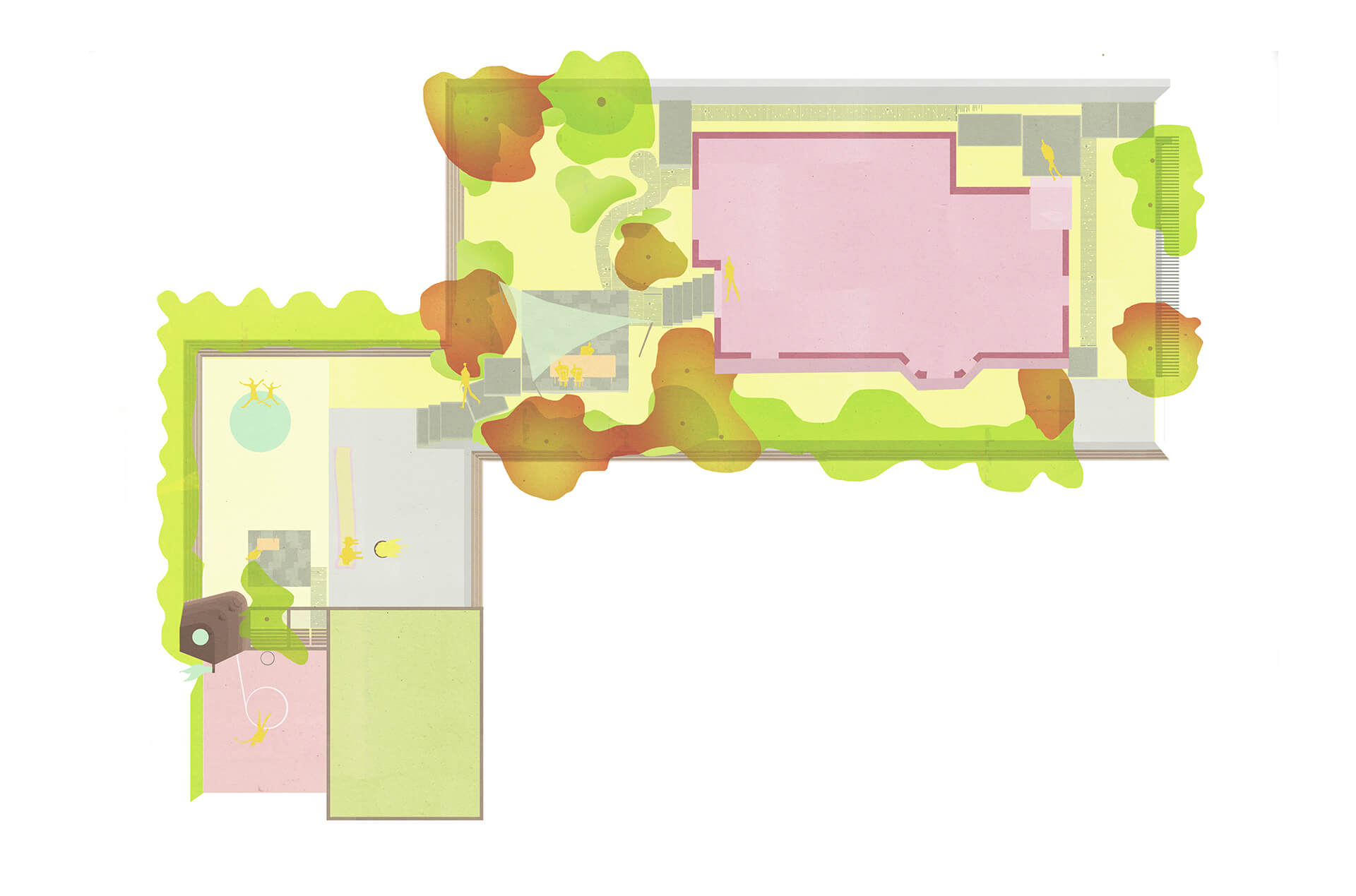